Americans have been massively relocating from turbulent big cities to find better living conditions in suburban and rural areas, as urban centers across the nation are falling apart and it is getting increasingly dangerous and expensive to live in such places. The phenomenon known as The Great Relocation started in 2020, right after the health crisis burst, but according to a recent survey, most residents relocating weren’t doing so because they feared the effects of the virus. Instead, they affirmed to be seeking better living standards and affordable housing for their families in safer locations.
An upsurge of severe delinquencies and public offenses is being registered in major metropolitan areas, many of which used to thrive before business activity was repeatedly interrupted by lockdowns last year. Consequently, a mass exodus from big cities began as residents faced the collapse of their local economies. The trend is likely to pick up speed in 2021, considering at least 20% more people revealed plans to move this year, and as millions of Americans can already see that our society is melting down all around us, soon enough they will also want to move to safer locations while it is still possible to do so. That’s what we’re going to analyze in this video.
Recently, numerous news are reporting a spike in migrating tendencies all across the country. Many of them have been outlining how Americans are fleeing big cities in droves to escape the virus. But what the mainstream media is failing to address is that the health crisis isn’t the main driver behind most people’s decision to move away. Its consequences, on the other hand, have contributed to the fast deterioration of our living standards. But the truth is that over the past years, large urban centers have gotten incredibly expensive and unsafe. And in face of a closed down economy, more and more residents who previously moved in expecting to find better opportunities and experience life in the city, have actually found themselves trapped in their homes, for which they pay elevated rent or mortgage prices, while witnessing the rise of social turbulence and public offenses, and the decay of local economies.
In face of such a scenario, living in big cities is becoming progressively unattractive, and millions of Americans have been permanently leaving metropolitan regions to actually escape from the effects of the cities’ economic breakdown. According to Susan Wachter, a professor of real estate and finance at the Wharton School of the University of Pennsylvania, the demographic shifts occurring right now are likely to be long-term. Unlike earlier in the crisis, it is believed now that people are making permanent moves, not just temporary relocations to escape the virus.
For a long time now, experts have warned that there would be a crushing amount of demand for available housing as hordes of Americans suddenly began to relocate last year. They stressed, however, that America’s housing inventory wouldn’t be able to meet all of the requests for new homes, which would cause prices to soar while creating a major imbalance on the housing market. Needless to say, that’s exactly where we are right now.
According to a recent survey, over 20% more people are planning to move in 2021 than moved in 2020. Data has shown that the majority of these movers aren’t relocating due to safety concerns related to the health crisis like many would have imagined. Even though the health crisis has greatly impacted many lives, and reshaped society as we knew, the main deciding factor to relocate to smaller communities was the possibility of having more living space, being cited by about 40% of respondents, while 18% of respondents said they would move as a result of job flexibility, with most of them revealing they are ultimately doing so to lower their cost of living.
The same goes for businesses. In recent months, many corporations based out of Silicon Valley have decided to leave California. Large corporations like Hewlett Packard Enterprise have announced plans to move to cities like Houston. A similar trend is also occurring in New York, the country’s financial capital. The president of the New York Stock Exchange, Stacey Cunningham, affirmed to have plans to leave New York and go to Florida to avoid taxes.
Considering both businesses and residents have been running off U.S. major urban centers, once the business activity resumes later this year, the economic landscape of several cities that used to lead our country’s economy will be marked by empty storefronts and empty streets. Sadly, no part of this nation will be immune to the challenges ahead, and as global events have been rapidly accelerating, we should all get somewhere safe while we still can.

Thousands evacuate as volcano erupts on island of Saint Vincent 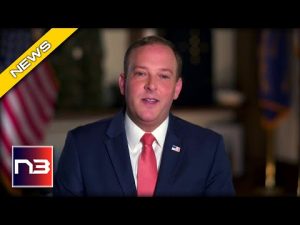 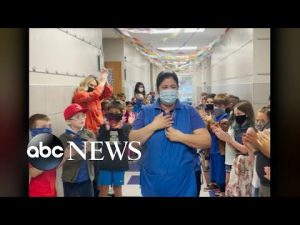 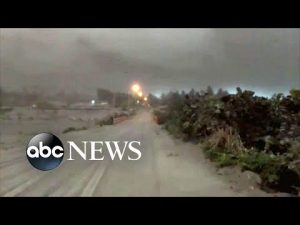 Thousands evacuate as volcano erupts on island of Saint Vincent