Under the relentless thrust of accelerating over-population and increasing over-organization, and by means of ever more effective methods of mind-manipulation, the democracies will change their nature; the quaint old forms—elections, parliaments, Supreme Courts and all the rest—will remain. The underlying substance will be a new kind of non-violent totalitarianism. All the traditional names, all the hallowed slogans will remain exactly what they were in the good old days. Democracy and freedom will be the theme of every broadcast and editorial—but Democracy and freedom in a strictly Pickwickian sense. Meanwhile the ruling oligarchy and its highly trained elite of soldiers, policemen, thought-manufacturers and mind-manipulators will quietly run the show as they see fit.

– From the post: Brave New World Revisited…Key Excerpts and My Summary

Megan McArdle has penned an extraordinary article in the wake of the Brexit referendum. Her words represent the sort of deep, thoughtful reflection Remain-supporting pundits and journalists should be demonstrating at the moment, but clearly aren’t. Indeed, as tends to be the case with elites during moments of peak corruption and societal decay, their collective heads are too far up their own assess to see what’s right in front of them.

Unfortunately for them, these myriad mean-spirited temper tantrums will have precisely the opposite effect of their desired outcome. Their panicked rants will simply put their true colors on public display for all to see, further propelling the dreaded populists sentiments they wish to stifle. This will ultimately lead to a far more serious revolt against all things status quo.

Megan’s Bloomberg piece represents a measured and honest response to Brexit, and the entire thing is one home run paragraph after the other. Here are a few excerpts:

The inability of those elites to grapple with the rich world’s populist moment was in full display on social media last night. Journalists and academics seemed to feel that they had not made it sufficiently clear that people who oppose open borders are a bunch of racist rubes who couldn’t count to 20 with their shoes on, and hence will believe any daft thing they’re told. Given how badly this strategy had just failed, this seemed a strange time to be doubling down. But perhaps, like the fellow I once saw lose a packet by betting on 17 for 20 straight turns of the roulette wheel, they reasoned that the recent loss actually makes a subsequent victory more likely, since the number has to come up sometime.

Or perhaps they were just unable to grasp what I noted in a column last week: that nationalism and place still matter, and that elites forget this at their peril. A lot people do not view their country the way some elites do: as though the nation were something like a rental apartment — a nice place to live, but if there are problems, or you just fancy a change, you’ll happily swap it for a new one.

In many ways, members of the global professional class have started to identify more with each other than they have with the fellow residents of their own countries. Witness the emotional meltdown many American journalists have been having over Brexit.

Well, here’s one journalist who is not having a meltdown. I think Brexit will be somewhat costly — if you want to understand just how complicated the separation will be, take a gander at the primer that the law firm Dechert put up for its clients — but it’s not going to destroy the country or start a war, so if Britain wants out, then … bon voyage. I can certainly understand why my British friends who supported Remain are upset, and why people in other countries who are actually going to experience long-term effects from this decision are unhappy—if I were a Pole, I’d be worried as heck. But I don’t take it personally.

A lot of my professional colleagues seemed to, and the dominant tone framed this as a blow against the enlightened “us” and the beautiful world we are building, struck by a plague of morlocks who had crawled out of their hellish subterranean world to attack our impending utopia. You could also, I’d argue, see this sentiment in the reaction of global markets, which was grossly out of proportion to the actual economic damage that is likely to be done by Brexit. I mean, yes, the British pound took a pounding, and no surprise. But why did this so roil markets for the Mexican peso? Did traders fear that the impact on the global marmite supply was going to unsettle economies everywhere?

Well, no. This was a reflection of sudden uncertainty, not a prediction about the global economic future. But the sheer extent of the carnage made me wonder if one of the uncertainties traders were newly contemplating was when the morlocks are going to be coming for us outward-looking professional types with pitchforks.

The answer to these uncertainties, I submit, is not to simply keep doing what we’re doing. There’s a lot of appeal to the internationalist idea that building superstates will tamp down on war. But there’s a reason that the 19th century architects of superstates (now known simply as “states”) spent so much time and effort nurturing national identity in the breasts of their populace. Surrendering traditional powers and liberties to a distant state is a lot easier if you think of that state as run by “people like me,” not “strangers from another place,” and particularly if that surrender is done in the name of empowering “people who are like me” in our collective dealings with other, farther “strangers who aren’t.”

Elites missed this because they’re the exception — the one group that has a transnational identity. And in fact the arguments for the EU look a lot like the old arguments for national states: a project that will empower people like us against the scary people who aren’t.

Unhappily for the elites, there is no “Transnationalprofessionalistan” to which they can move. (And who would trim the hedges, make the widgets, and staff the nursing homes if there were?) They have to live in physical places, filled with other people whose loyalties are to a particular place and way of life, not an abstract ideal, or the joys of rootless cosmopolitanism.

Perfectly put. If the “elites” were half as smart as they think they are, they would reflect deeply on everything Megan wrote and change tact. Naturally, they will not do that. Why? Because they are the infallible “experts!” A unique offshoot of humanity inhabiting a realm one small step removed from divinity. If they could only do away with those meddling unwashed masses the world would be perfect. For them.

Brexit = Death of the Technocrats

If the British Vote for Brexit, Will They Get the Greek Treatment?

Volunteers Save Lives in Ukraine

Matt Whitaker: ‘It is time to release this affidavit’

It’s been 1 year since the Taliban retook Afghanistan 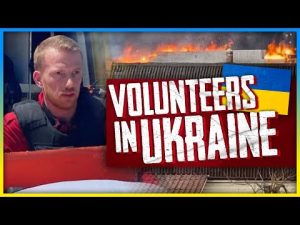 Volunteers Save Lives in Ukraine 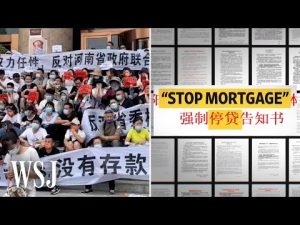 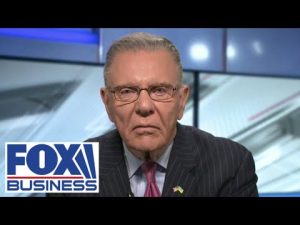