The next generation of networked devices are literally incapable of participating in that fiction.

The coming Internet of Things – a terrible name that tells you that its proponents don’t yet know what it’s for, like ‘‘mobile phone’’ or ‘’3D printer’’ – will put networking capability in everything: appliances, light­bulbs, TVs, cars, medical implants, shoes, and garments. Your lightbulb doesn’t need to be able to run apps or route packets, but the tiny, com­modity controllers that allow smart lightswitches to control the lights anywhere (and thus allow devices like smart thermostats and phones to integrate with your lights and home security systems) will come with full-fledged computing capability by default, because that will be more cost-efficient that customizing a chip and system for every class of devices. The thing that has driven computers so relentlessly, making them cheaper, more powerful, and more ubiquitous, is their flexibility, their character of general-purposeness. That fact of general-purposeness is inescapable and wonderful and terrible, and it means that the R&D that’s put into making computers faster for aviation benefits the computers in your phone and your heart-monitor (and vice-versa). So every­thing’s going to have a computer.

You will ‘‘interact’’ with hundreds, then thou­sands, then tens of thousands of computers every day. The vast majority of these interactions will be glancing, momentary, and with computers that have no way of displaying terms of service, much less presenting you with a button to click to give your ‘‘consent’’ to them. Every TV in the sportsbar where you go for a drink will have cameras and mics and will capture your image and process it through facial-recognition software and capture your speech and pass it back to a server for continu­ous speech recognition (to check whether you’re giving it a voice command). Every car that drives past you will have cameras that record your like­ness and gait, that harvest the unique identifiers of your Bluetooth and other short-range radio devices, and send them to the cloud, where they’ll be merged and aggregated with other data from other sources.

But that’s not the realpolitik of this stuff: the reality is that when every car has more sensors than a Google Streetview car, when every TV comes with a camera to let you control it with gestures, when every medical implant collects telemetry that is collected by a ‘‘services’’ business and sold to insurers and pharma companies, the argument will go, ‘‘All this stuff is both good and necessary – you can’t hold back progress!’’

It’s true that we can’t have self-driving cars that don’t look hard at their surroundings all the time, and pay especially close attention to humans to make sure that they’re not killing them. However, there’s nothing intrinsic to self-driving cars that says that the data they gather needs to be retained or further processed. Remember that for many years, the server logs that recorded all your inter­actions with the web were flushed as a matter of course, because no one could figure out what they were good for, apart from debugging problems when they occurred.

The returns from data-acquisition have been de­clining for years. In the early years of data-driven advertising, advertisers took it on faith that better targeting justified much higher ad-rates. Over time, some of that optimism has worn off, helped along by the fact that we have become adapted to advertising, so that targeting no longer works as well as it did in the early days. Recall that soap companies once advertised by proclaiming, ‘‘You will be cleaner, 5 cents,’’ and seem to have sold a hell of a lot of soap that way. Over time, people became inured to those messages, entering into an arms race with advertisers that takes us all the way up to those Axe Body Spray ads where the right personal hygiene products will summon literal angels to the side of an unremarkable man and, despite their wings, these angels all exude decid­edly unangelic lust for our lad. The ads are always the most interesting part of old magazines, because they suggest a time when people were much more naive about the messages they believed.

But diminishing returns can be masked by more aggressive collection. If Facebook can’t figure out how to justify its ad ratecard based on the data it knows about you, it can just plot ways to find out a lot more about you and buoy up that price.

The next iteration of this is the gadgets that will spy on us from every angle, in every way, all the time. The data that these services collect will be even more toxic in its potential to harm us. Consider that today, identity thieves merge data from several breaches in order to piece together enough information to get a duplicate deed for their victims’ houses and sell those houses out from under them; that voyeurs use untargeted attacks to seize control over peoples’ laptops to capture nude photos of them and then use those to blackmail their victims to perform live sex-acts on camera; that every person who ever applied for security clearance in the USA had their data stolen by Chinese spies, who broke into the Office of Personnel Management’s servers and stole more than 20,000,000 records.

The IoT will rupture notice-and-consent, but without some other legal framework to replace it, it’ll be a free-for-all that ends in catastrophe.

I’m frankly very scared of this outcome and have a hard time imagining many ways in which we can avert it, but I do have one scenario that’s plausible: class action lawsuits.

Right now, companies that breach their users’ data face virtually no liability. When Home Depot lost 53 million credit-card numbers and 56 million associated e-mail addresses, a court awarded its customers $0.34 each, along with gift certificates for credit monitoring services, whose efficacy is not borne out in the literature. But the breaches will keep on coming, and they will get worse, and entrepreneurial class-action lawyers will be spoiled for choice when it comes to clients. These no-win/no-fee lawyers represent a kind of sustained, hill-climbing iterative attack on surveillance capital­ism, trying randomly varied approaches to get courts to force the corporations they sue to absorb the full social cost of their reckless data-collection and handling.

Eventually, some lawyer is going to convince a judge that, say, 1% the victims of a deep-pocketed company’s breach will end up losing their houses to identity thieves as a result of the data that the company has leaked, and that the damages should be equal to 1% of all the property owned by a 53 million (or 500 million!) customers whom the company has wronged. It will take down a Fortune 100 company, and transfer billions from investors and insurers to lawyers and their clients.

When that day comes, there’ll be blood in the boardroom. Every major investor will want to know that the company is insured for a potential award of 500X the company’s net worth. Every re-insurer and underwriter will want to know exactly what data-collection practices they’re insuring. (Indeed, even a good scare will likely bring both circumstances to reality, even if the decision is successfully appealed).

The danger, of course, is the terms of service. If every ‘‘agreement’’ you click past or flee from includes forced arbitration – that is, a surrender of your right to sue or join a class action – then there’s no class to join the class action. There’s a reason arbitration agreements have proliferated to every corner of our lives, from Airbnb and Google Fiber to several doctors and dentists whose waiting-rooms I’ve walked out of since moving back the USA last year. I even had to agree to forced arbi­tration to drop my daughter off at a kids’ birthday party (I’m not making this up – it was in a pizza parlor with a jungle gym). 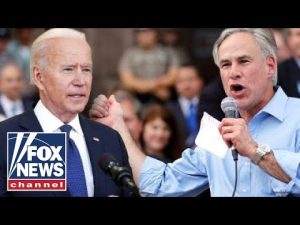 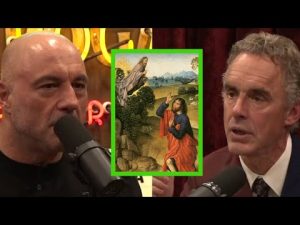 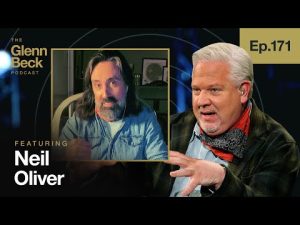