This is where we are again. In December, the US government stood in front of the American people and bluntly announced that they had defeated the supply chain crisis. But of course, now it is clear that they have lied to us once again. We have been facing persistent shortages for months on end. Some of them emerged during the first wave of panic buying in 2020 and were never resolved up until this point. And now, the emergence of a new variant and the threat of lockdowns and businesses shutdowns are pushing things to an entirely new level.
US consumers have been increasingly frustrated with the bare shelves they see, and many have resorted to social media to expose the situation of their local supermarkets. From coast to coast, shortages continue to spread at an alarming pace all across the country. But our leaders keep insisting that this is just a “temporary” crisis that will be gone soon. That was the same thing they said when nationwide shortages first began to pop up in early 2020. So we shouldn’t hold our breaths waiting for them to fix these bottlenecks and turn things around because that probably won’t happen.
The truth is that executives and experts in the food industry are sounding the alarm over more shortages and rising prices in the coming weeks as food supplies get tighter and tighter. For instance, in a recent interview with Fox News, the billionaire supermarket CEO John Catsimatidis is alerting that more supply chain disruptions are occurring as we speak, and food retailers are going to pass along increased transportation and logistics costs to consumers in the weeks ahead. The United Refining Company owner revealed that The United States, in particular, is seeing the price of a wide range of products, such as eggs, poultry, and beef soar to record levels because of low supply and high demand.
Egg Innovations CEO John Bruunquel echoed Catsimatidis’ sentiment and cautioned that a surge in demand coinciding with labor, freight, and vendor issues is about to hamper the national egg supply and push prices to skyrocket. According to data released by the Bureau of Labor Statistics, last month, the price of beef jumped nearly 21 compared to a year prior, while pork and chicken prices rose 16.8 and 9.2 percent, respectively. A new report published by ZeroHedge has compiled dozens of photos that Americans have been posting on social media to expose the bare shelves they’re witnessing in recent days.
ZeroHedge analysts reminded of the President’s statement issued right before Christmas eve, declaring that his administration’s efforts to eliminate supply-chain bottlenecks ahead of the holiday season had succeeded. “Ten days into the new year, we can firmly say that is not the case,” they wrote. If only we had enough workers to keep things running nice and smooth in our supply chains, this crisis could be solved much faster than anticipated. But that’s not the case. In industry after industry, a huge number of workers seems to have disappeared from the system, and their absence is causing a myriad of problems.
Many people out there want to believe that a prosperous future is awaiting us, particularly considering that the last couple of years have been extremely distressing. A new poll analyzed the words Americans used to describe what they experienced over the past 12 months. 23% of the respondents used the terms “awful, terrible, or bad”, while 12% described it as “chaos, confusion, or turmoil”, 11% said it was “challenging, hard, or rough”, 6% saw it as a “disaster, train wreck, or catastrophe”.
While more and more shelves go empty, once again, the President’s job approval rating continues to sink. People are extremely dissatisfied with unbearable shelter, power, and food inflation. Our population wants and needs the supply chain crisis to be resolved, inflation to fade away, and life to return to the way that it used to be. Sadly, none of these things are within our reach, and it has become exceedingly clear that our leaders are utterly and completely incapable of defeating our problems, controlling the virus outbreak, and readjusting monetary policy to start putting our country back on track.
At this point, it honestly seems like they do not care about fixing the economy. And if you think that things are chaotic now, just wait a few more months and you’ll see real chaos. If you are waiting for the government to save us from this mess, you are going to be waiting forever. Decades of very reckless decisions have brought us where we are now, and it would take a miracle to turn things around.

Joe Biden: “I Have No Idea” Why Voters Think I’m Not Mentally Fit to Be President

Hispanic voters ‘are seeing the light’ by turning away from Dem party: Rep. Salazar 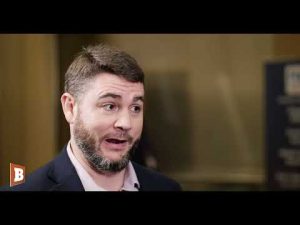 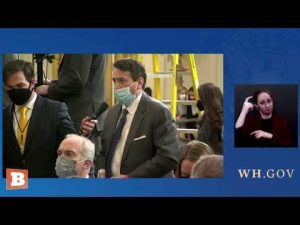 Joe Biden: “I Have No Idea” Why Voters Think I’m Not Mentally Fit to Be President 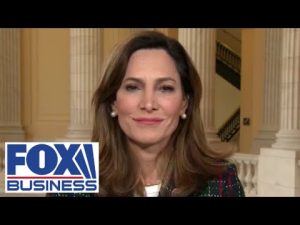 Hispanic voters ‘are seeing the light’ by turning away from Dem party: Rep. Salazar