A relatively high bond was imposed Wednesday in a case involving a student who brought a knife to Marjory Stoneman Douglas High School, one day after the same judge set a $500,000 bond for the brother of the shooting suspect for trespassing at the school.

Broward County Judge Kim Theresa Mollica ordered 18-year-old Jordan Salter held on $12,500 bond after she brought a knife with a 2-inch (5-centimeter) blade to the school. Authorities arrested her after a confrontation with another student Tuesday in the school cafeteria.

The SunSentinel reports that Salter attorney Brian Reidy called the high bond “out of control” and “ridiculous” at a hearing and blamed it on fear from last month’s school shooting that killed 17 people.

“I don’t know when we all hit the fear button when everything is such an absolute emergency,” Reidy told the judge.

Also Wednesday, several media organizations including The Associated Press asked a judge to determine if additional surveillance video from the school shooting should be released. Last week, the Broward Sheriff’s Office released a 27-minute video depicting ex-deputy Scot Peterson’s actions remaining outside the building where the shooting took place.

Trespassing is a misdemeanor that usually involves only a $25 bond. But Judge Mollica agreed with prosecutors that Zachary Cruz had been warned not to visit the school and that the enormity of the Valentine’s Day massacre warranted a much higher bond for him to gain his release.

“Weeks after his brother murdered, injured and terrorized at the school, (Zachary) was there,” said Assistant State Attorney Sarahnell Murphy at a hearing Tuesday. “Many (parents) kept their children home today. They have again been terrorized.”

Broward Sheriff’s Office deputies arrested Zachary Cruz on Monday afternoon, saying he rode his skateboard onto the campus where 19-year-old Nikolas Cruz is accused of carrying out the shooting Feb. 14.

Joseph Kimok, who is representing Zachary Cruz, said the bond and conditions were far out of proportion to the trespassing offense.

“He is being held for who he is related to, not for anything he did,” Kimok said.

According to an arrest report, Zachary Cruz told officers he came to the school to “reflect on the school shooting and soak it all in.” He did not resist arrest and the report made no mention of any weapons.

“He has all the same flags present as his brother,” she said.

Mollica also ordered Zachary Cruz to wear an ankle monitor and stay away from schools — particularly Stoneman Douglas High — if he is released. She approved a search for weapons and ammunition at the Palm Beach County home where he is living with a family friend, and he is not to visit his brother in jail.

Also Tuesday, the sheriff’s office filed for a risk protection order against Zachary Cruz in circuit court under a new “red flag law” that was just signed by Florida’s governor last week. If a judge approves the request, Cruz would be involuntarily hospitalized for a mental health evaluation and barred from possessing firearms.

Zachary and Nikolas shared the same biological mother but had different fathers. Both were adopted at very young ages by Roger and Lynda Cruz, who moved them into their Parkland home. Lynda Cruz died in November and their father died some years earlier.

Zachary Cruz, who turned 18 a week after the school shooting, has been living in Lantana, Florida, with a family friend, Rocxanne Deschamps, since their mother’s death.

At a news conference Tuesday in New York City, Deschamps described being neighbors with the Cruz family in Parkland and how her son played with the two boys, whom she often cared for and took on outings. In October 2016, she saw a number of guns in Nikolas Cruz’s room she described as military-style, and became concerned about him and the weapons. By this time, Deschamps also had a 5-year-old son.

“I explained to Nikolas that I was concerned about my young child and I could not have him be around loaded guns or any weapons where bullets could be placed in guns,” she said in her first public comments since the shooting.

Just before Lynda Cruz died suddenly last November of pneumonia, Deschamps promised to take care of the boys. She knew Nikolas Cruz had mental issues and obsessions with weapons, and implored him to get professional help and take medication but he refused. Her calls to police about his behavior resulted in no action.

He eventually moved in with another family when Deschamps said she told him to choose between his guns and her home.

“I did everything I could to warn law enforcement about what could happen,” she said.

Nikolas Cruz was living with a different family when the Stoneman Douglas shooting took place. His attorney has said he will plead guilty to 17 counts of murder and 17 counts of attempted murder if prosecutors will waive the death penalty, which they have refused to do.

The post Another bond set in Stoneman Douglas related case appeared first on The Horn News.

Sean Hannity: Their reputation has been shattered

Sen. Josh Hawley: ‘Where the heck is Merrick Garland?’

The generation of ‘Kidz Bop stans’ 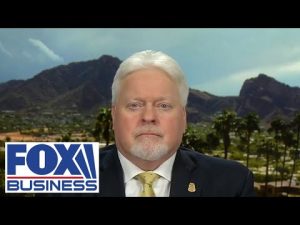 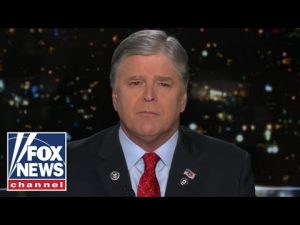 Sean Hannity: Their reputation has been shattered 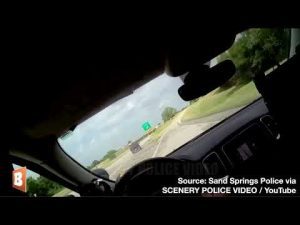