China’s government vowed Friday to “counterattack with great strength” if President Donald Trump goes ahead with plans to raise U.S. tariffs on an additional $100 billion worth of Chinese goods and said negotiations were impossible under current conditions.

Trump’s surprise move Thursday to instruct the U.S. trade representative to consider the additional tariffs came a day after Beijing announced plans to tax $50 billion in American products, including soybeans and small aircraft, in response to a U.S. move this week to slap tariffs on $50 billion in Chinese imports.

In Beijing, a Commerce Ministry spokesman said China doesn’t want a trade war — but isn’t afraid to fight one.

“If the U.S. side announces the list of products for $100 billion in tariffs, the Chinese side has fully prepared and will without hesitation counterattack with great strength,” spokesman Gao Feng said.

He gave no details of what measures Beijing might take.

Trump’s proposal intensified what was already shaping up to be the biggest trade battle since World War II. Global financial markets had fallen sharply as the world’s two biggest economies squared off over Beijing’s aggressive trade tactics. They calmed down Wednesday and Thursday on hopes the U.S. and China would find a diplomatic solution but slid Friday after Beijing said it would fight the Trump administration’s latest threats.

The White House announced after the markets closed Thursday that Trump had instructed the Office of the United States Trade Representative to consider whether $100 billion of additional tariffs would be appropriate and, if so, to identify which products they should apply to. He’s also instructed his secretary of agriculture “to implement a plan to protect our farmers and agricultural interests.”

Every American Needs To Watch THIS [sponsored]

“China’s illicit trade practices — ignored for years by Washington — have destroyed thousands of American factories and millions of American jobs,” Trump said in a statement announcing the decision.

The latest escalation comes after the U.S. on Tuesday said it would impose 25 percent duties on $50 billion of imports from China, and China quickly retaliated by listing $50 billion of products that it could hit with its own 25 percent tariffs. The Chinese list Wednesday included soybeans, the biggest U.S. export to China, and aircraft up to 45 tons (41 metric tons) in weight. Also on the list were American beef, whiskey, passenger vehicles and industrial chemicals.

Earlier in the week, Beijing announced separate import duties on $3 billion of U.S. goods in response to the Trump administration’s duties on all steel and aluminum imports, including from China.

U.S. officials have sought to downplay the threat of a broader trade dispute, saying a negotiated outcome is still possible. But economists warn that the tit-for-tat moves bear the hallmarks of a classic trade rift that could escalate. And already, the tensions have rattled global stock markets.

“Such measures would undoubtedly cause further harm to American workers, farmers, and businesses,” he said in a statement. “Under these circumstances, the President is right to ask for additional appropriate action to obtain the elimination of the unfair acts, policies, and practices identified in USTR’s report.”

China’s Commerce Ministry said in a statement it must “adopt new countermeasures” to protect the interests of the Chinese people — but it did not announce any specific measures.

The clash reflects the tension between Trump’s promises to narrow a U.S. trade deficit with China that stood at $375.2 billion in goods last year and China’s ruling Communist Party’s development ambitions. Trump says China’s trade practices have caused American factories to close and lead to the loss of American jobs.

Sponsored: You could have cancer and not know it – here’s how to tell

But, he said, “at the end of the day, China’s unfair and illegal trading actions are damaging to economic growth, for the U.S., for China and for the rest of the world.”

He also called Trump “the first guy with a backbone in decades … to actually go after it. Not just whisper it, but to go after it with at least preliminary actions.”

The Chinese spokesman, however, denied talks had occurred.

“Finance and trade officials from the two sides have not conducted any negotiations on the trade issue,” Gao said.

The spokesman complained that after Beijing issued a “resolute response” to Trump’s $50 billion list of Chinese goods for higher duties issued this week, the American president responded by threatening still more increases.

“Under these circumstances, the two sides cannot possibly conduct any negotiations about this issue,” said Gao.

One trade policy expert said he doubted that Trump’s rhetoric would help forge any deal with China.

“Mr. Trump is upping the ante, but the lack of a clear game plan and an incoherent messaging strategy from the administration is setting this up for an all-out trade war rather than a fruitful negotiation,” said Eswar Prasad, professor of trade policy at Cornell University.

In China, some observers held out hope that the two countries were headed toward negotiations and noted that despite Beijing’s tough talk, it likely does not want the country’s export-driven economy to be hit by punishing tariffs.

“If the trade dispute escalates or lasts for a long time, it will have a big impact on China’s manufacturing industry, and foreign investment in related projects will be affected too,” said Zhang Lifan, a Beijing-based independent political commentator. “In the long-run, losses in manufacturing will lead to decrease in tax revenue and eventually affect China’s economic growth.”

Sponsored: How to Protect Americans from Radiation

“Hopefully the President is just blowing off steam again but, if he’s even half-serious, this is nuts,” Sasse said in a statement. “Let’s absolutely take on Chinese bad behavior, but with a plan that punishes them instead of us.”

Any additional tariffs would be subject to a public comment process and would not go into effect until that process is complete.

Meghan McCain BREAKS with her Co-Hosts about Tucker Carlson Confrontation 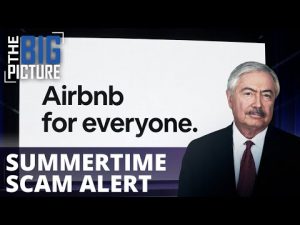 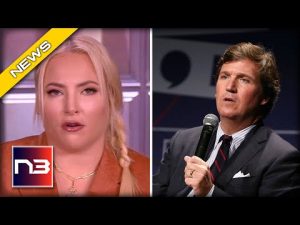 Meghan McCain BREAKS with her Co-Hosts about Tucker Carlson Confrontation 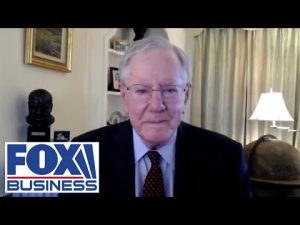