Have you already started feeling the impacts of living in a country with double-digit inflation? Just yesterday, the Bureau of Labor Statistics released an update indicating that the consumer price index had soared to 5.4 percent over the past year, and such a high rate alarmed a lot of people. However, those people will be shocked to find out that the way inflation is calculated has been changed dozens of times over the past several decades, and if the rate was still calculated the way it was back in 1990, the official inflation rate would currently be about 9 percent.
Over the past 12 months, home prices have risen a staggering 20 percent, but the housing component of inflation into the consumer price index is simply meaningless. Even though the latest report does admit that we just registered the biggest annual increase in consumer prices in 13 years if you were looking for the recent increase in home prices to show up in that number, you’re going to be very disappointed because the “shelter” component of inflation measured by the index has remained steady, marking around 2% to 3.5% over the past decade.
Needless to say, many analysts and economists have a problem with that. According to Jiro Yoshida, a business professor at Penn State University, it doesn’t matter how much home prices go up, the overall rate of housing inflation is “always around 2.5% regardless of economic conditions”. In the ideal world that the Bureau of Labor Statistics is trying to portray, it would be just wonderful if our housing costs would only account for 3.5 percent of our overall budget each month, but in the real world, that figure is completely inaccurate. For the vast majority of American workers, housing is the single biggest expense that they have to face on a regular basis. If we added that large increase in home prices into the overall CPI, inflation would have been nearly half a percentage point higher. And if we added the latest increase in rent prices, we would have an 8.4% annualized inflation, which is significantly above the 2.5% CPI rent. That’s not a small difference.
Everyone can see that inflation levels are simply off the charts right now. Another major example of it is car prices, which have been rising at a very alarming pace. According to JD Power, the average new car price hit a record of $38,255 in May, shooting up by 12 percent in a year. To make things worse, several industries are experiencing a shortage of components and goods, ranging from semiconductors to food staples, while consumer demand never ceased to grow. Since the health crisis exploded in America, our politicians and policymakers have started to pump trillions upon trillions of freshly printed dollars into the financial system thinking there wouldn’t be serious consequences. Unfortunately for all of us, they were absolutely wrong.
A former IMF economist and a senior fellow with the American Enterprise Institute, Desmond Lachman, recently told Breitbart News that the United States is beginning to resemble a Latin American country given its out of control inflation, high government spending, and continual printing of money. “The U.S. is in a very bad position from a long-term point of view. I don’t see how this can end well when we’re currently running budget deficits something like 15 percent of GDP,” Lachman said. “This is beginning to look a little bit like a Latin American country.”
The truth is that we’re headed to the greatest debt crisis in the history of the world, and at such a critical moment, the U.S. government has decided to destroy the value of the reserve currency of the planet in the name of unnecessary spending for unnecessary projects. During the 1970s and early 1980s, inflation was so wildly out of control at an annual rate of 14.8 percent that the Federal Reserve had to raise the country’s key interest rate sharply. But if that happens right now, we will experience the worst economic and financial crisis ever. What they are doing to us is essentially setting the stage for the total collapse of the U.S. economy, and the economic pain that is coming will ravage the life of every single man, woman, and child in the entire country.”

Who needs skill when you can abuse game mechanics? 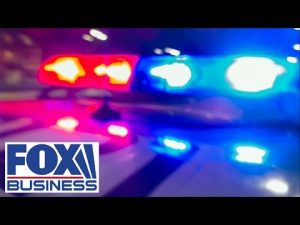 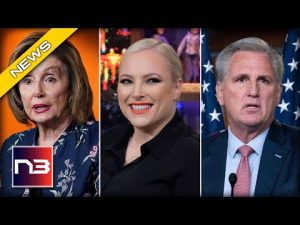 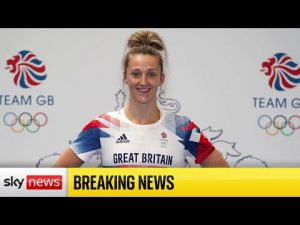