An in-depth look at New York’s car wash industry, and the real world consequences of politicians interfering with a complex industry they don’t understand.

On March 4, 2015, a group of union leaders, activists, and elected officials were arrested for blocking traffic during a protest in front of a Vegas Auto Spa, a small car wash in Park Slope, Brooklyn. Chanting “No contract, no peace!” and “Si se puede!,” they had come in support of striking workers, who had walked out demanding a union contract after allegedly being subjected to dismal working conditions.

For David Mertz, the New York City director and a vice president at the Retail, Wholesale and Department Store Union (RWDSU), it was an inspirational moment in an ambitious six-year campaign to unionize the city’s car washes industry.

“These workers were willing to stand out there during one of the coldest winters…literally in decades to fight for their rights and for basic human dignity,” says Mertz, who was also arrested that day. “You have the ability to make change by coming together, and when you do that sometimes you find that you’ve got some friends on your side.”

In the past six years, the car wash industry, which employs low-skilled, mostly immigrant workers, has also been the target of lawsuits for alleged underpayment of wages, including a handful of cases spearheaded by the New York State Attorney General’s office. Working conditions in the industry were also cited as a raison d’être in the successful campaign to raise the state minimum wage to $15 per hour, which takes full effect at New York City car washes in January of 2019.

As Reason chronicled in a feature story in our July 2016 issue, the real world impact of the unionization drive, the lawsuits, and the $15 minimum wage has been mainly to push car washes to automate and to close down.

Two years later, there are more unintended consequences. The $15 minimum wage is fostering a growing black market—workers increasingly have no choice but to ply their trade out of illegal vans parked on the street, because the minimum wage has made it illegal for anyone to hire them at the market rate.

The minimum wage is also cartelizing the industry: Businesses that have chosen to automate are benefiting from the $15 wage floor because outlawing cheap labor makes it harder for new competitors to undercut them on price and service.

As a sequel to the 2016 article, this video takes an in-depth look at the real world consequences that result when politicians interfere with a complex industry they don’t understand, enabled by media coverage that rarely questions the overly simplistic tale of exploited workers in need of protection.

“Curtains are Always Drawn” by Kai Engel is licensed under a Attribution-NonCommercial License.

“Summer Days” by Kai Engel is licensed under a Attribution-NonCommercial License.

The fall of the Champlain Towers: Tracking the Surfside collapse l ABC News

Tucker: No one has been punished for this 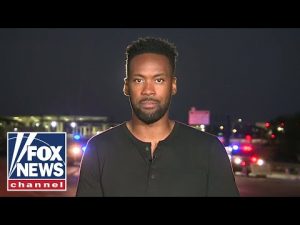 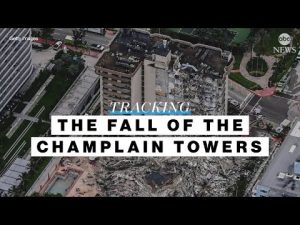 The fall of the Champlain Towers: Tracking the Surfside collapse l ABC News 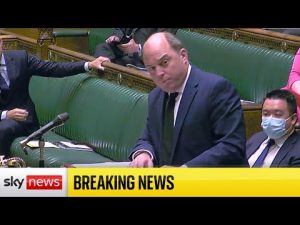