If you thought last year’s shortages were bad, and the price increases were absurd, you’ll probably be very upset to know that the situation is going to get a whole lot worse this year. Our global supply chains are broken, and there isn’t a simple solution to fix it. One of the biggest problems we had last year were the lack of enough containers in the right places and the excess of empty containers in the wrong places, which has exacerbated port congestion and delivery delays, and contributed to long lead times, surging freight and transportation costs, increasingly empty retail shelves, and higher prices at the stores.
The problems associated with the shortages will continue to grow as the new wave of virus cases spreads around the globe. We’re already witnessing a new round of lockdowns, disruptions in production, and widespread factory shutdowns in major manufacturing countries. And as our issues at ports compound, industry executives are reporting that there’s a huge buildup of empty containers in the wrong places right now, and travel and movement restrictions are only aggravating the problem. As a result, ocean freight skyrocketed by 121.2% from a month ago, with the cost of a single shipping container rising by a further 16.3% in December. The increase is sparking outrage amongst shippers, who already had to cope with a more than 400% surge in freight rates over the past two years.
Some shipping companies and freight forwarders have seen their net profits rise to unprecedented levels, as they dealt with increased cargo volumes and benefit from higher freight rates in 2021. Amongst them, Cosco Shipping Holdings recorded a profit surge of a staggering 1651% last year. All in all, revenues rocketed by 117.5% to $33.24 billion across the shipping industry over the past 12 months. On the other hand, millions of businesses worldwide are deeply struggling to pay higher transportation costs to ship their products or get imports delivered. The rate hikes are effectively making it harder for them to stay afloat.
On top of all that, road transport prices are also spiking. In the U.S., a shortage of truckers and rising fuel costs are making it significantly more expensive to move goods around the country. According to Joel Fierman, president of New York-based Joseph Fierman and Sons Inc., when companies finally find available truckers, they’re having to pay exorbitant fees. “It’s really a pity when your cost for transportation pretty much is as high as your cost for goods,” he said. “It’s a terrible, terrible thing that this country is experiencing right now. Nothing in the industry has gone up at the same rate as freight has,” he continued.
As it gets harder and harder to move goods around the planet, companies are bracing for more steep increases in shipping and logistics prices in the months ahead, and much of these higher costs will be absorbed by consumers. The emergence of a new virus variant is only adding more stress to our domestic supply chains, given that some workers are leaving their jobs and others are getting sick. In the food industry, this means trouble for the processing of perishable food items, and most worryingly, it means that more shortages at grocery stores are all but certain. Just like two years ago, lockdowns are being reinstituted and panic buyers are clearing store shelves of food staples, such as canned goods, rice, pasta, flour, and – of course – toilet paper. Only this time, things are different. Local supermarkets are struggling to get their products into stores because so many staff members have been calling in sick.
Given that energy prices jumped by 33.3% in December, while gasoline is up by 58.1%, and food prices already rose 31.4% since 2020, inflationary pressures will hit American workers particularly hard in 2022. Even though gross pay has increased 4.8% over the past year, real average hourly earnings accounting for inflation dropped another 2%, according to data released by the Labor Department. In short, people’s wages aren’t keeping up with the sharp increases in the price of consumer goods. Right now, at least $24 billion in goods are still stuck outside the Ports of Los Angeles and Long Beach alone, according to Goldman Sachs estimates, and our domestic supply chain crisis is likely to persist “at least” through the middle of the year, in the best-case-scenario. Unfortunately, given the chaos going on on a global level, these problems will stay with us for a long time. So we should all prepare accordingly.

Judge Jeanine: You want to defund the police, how about you defund the FBI?

Rail union president: Biden needs to stand by us 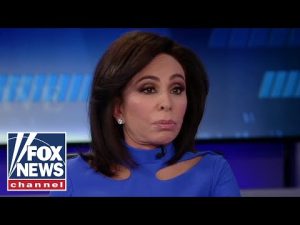 Judge Jeanine: You want to defund the police, how about you defund the FBI? 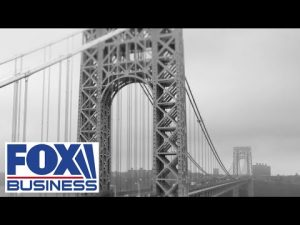 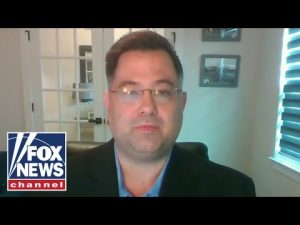 Rail union president: Biden needs to stand by us