New ideas, like leasing naming rights for public bridges and buildings, would save taxpayers money.

Reason is the planet’s leading source of news, politics, and culture from a libertarian perspective. Go to reason.com for a point of view you won’t get from legacy media and old left-right opinion magazines.
———
In New York, Democratic governor Andrew Cuomo wants to raise taxes.

But John Stossel interviews an interesting candidate with a different plan–Libertarian Larry Sharpe. He proposes alternative ways to raise money.

One idea is to lease naming rights on public infrastructure.

“The Triborough Bridge could be called the Staples Bridge, or the Apple Bridge,” Sharpe explains to Stossel. “Hundreds of thousands of vehicles pass by, and see that big sign. That’s valuable!”

Most people we asked on the street didn’t like his idea. “I definitely wouldn’t want to rename something after some sort of corporation,” one man told us.

Sharpe says it’s necessary, “You can shake your fist and say ‘this doesn’t sound good’ if you want to. And you’re going to wind up in a place where the tax burden is insanely high.” That, he points out, would lead to more businesses and people leaving New York.

Although Sharpe is the Libertarian candidate, he’s doing well for a third-party. A recent poll has him getting 13 percent of the vote. And after survey respondents hear his campaign pitch, that number goes up to 25 percent.

Stossel thinks the reasons for his success may be that he speaks well, campaigns constantly, and–unlike most libertarians–doesn’t propose cutting existing government programs. He only wants to stop creating new ones. Sharpe also talks positively about unions.

“There are [rail] systems out there…that are both safe and unionized, so we keep the unions happy and our workers safe,” Sharpe told Stossel.

“Why do you want to keep the unions happy?” Stossel responded. “Unions can be destructive.”

“They can be, absolutely,” Sharpe said. “[But] unions are part of our First Amendment. It’s people getting together saying they won’t do X until you do Y. Nothing wrong with that at all.”

“It raises prices,” Stossel pushed back.

“Fine, that’s okay,” Sharpe said. “It is what it is. Collective bargaining is fine. My issue with the unions has always been, are you forcing me to be in a union? Are you forcing unionized labor? If you’re forcing it, I’m libertarian, I have a problem with that. But you’re voluntarily doing it? I don’t have a problem at all.”

He assures Stossel that he’d prevent any new government programs.

“You do know what party I am part of, right?” Sharpe asks. “Libertarians believe that you should be as conservative or as liberal as you want to be as long as you don’t want to force yourself on others.”

Stossel is glad that there’s a small-government candidate running for office who actually draws enthusiastic crowds.

BREAKING: With a stroke of his pen DeSantis makes Rioters WORST Nightmare into Law

Due process died in Minnesota | A Rob Carson breakdown

How will the Super League affect Liverpool? 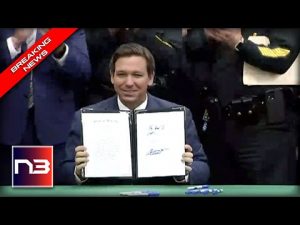 BREAKING: With a stroke of his pen DeSantis makes Rioters WORST Nightmare into Law 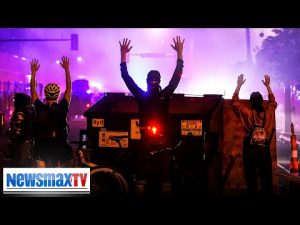 Due process died in Minnesota | A Rob Carson breakdown 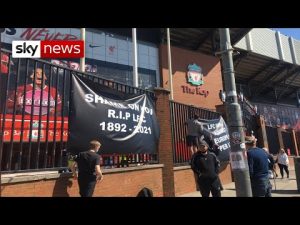 How will the Super League affect Liverpool?