Panic In The Sky: Southwest Airlines Cancels More Than 3,000 Flights As Disruptions Increase

The US is suffering from a massive labor shortage and the situation is rapidly evolving into a major national crisis as more and more workers are either leaving or being fired from their jobs for not complying with President Biden’s vaccination mandate. The federal government’s response to the health crisis has certainly caused deep divisions in our society, and now the mandates are threatening to trigger widespread disruptions in our economy. One of the latest interruptions happened in Florida over the weekend and is still unfolding as we speak. Southwest airlines’ pilots and air traffic controllers seemingly engaged in a sickout to protest against the vaccine mandate, prompting mass flight cancellations and leaving airports in total chaos.
Between Saturday and Sunday, nearly 2,000 flights were suddenly canceled, but the company cited weather problems as the reason for doing so. However, no other airlines in the area reported being affected by weather problems, which then started to raise suspicions that something else was going on behind the scenes. On October 4, Southwest CEO Gary Kelly announced that Southwest Airlines would join their industry peers in complying with the federal government’s vaccination directive, and explained that the company works as a federal contractor and needs to comply with the President’s vaccine mandate for federal employees and contractors. As a consequence, Southwest’s pilot union, the Southwest Airlines Pilots Association, filed a lawsuit against the company and is seeking a court injunction against the mandate.
On Sunday morning, exceedingly long lines could be seen at Southwest’s ticket counter in the Tampa airport, according to local media. One passenger named B.J. Romero told Fox News: “I have two kids. I have appointments. I have work. I can’t miss work. I have people relying on me, so I have to be home. That’s not going to work for me.” When asked about Southwest’s claim that bad weather caused mass cancelations, Romero balked at the suggestion. “That sounds like baloney to me,” he said. “The weather is fine in all connecting areas, there’s no bad weather.” Weirdly enough, no other major airlines had been affected by the same issues, that’s why discussions that Southwest airlines’ employees had staged coordinated walk-outs intensified.
On Monday, the company was one more time at the top of the cancellation list. According to FlightAware data, almost 30% of Southwest airlines’ flights were canceled that day, which led Senator Ron Johnson to tweet: “As a loyal Southwest customer who has been flying safely throughout the [past year] and is utterly opposed to vaccine mandates, I’m asking, stop the madness before more damage is done.”
As the airline recently imposed a December 8 deadline for vaccinations, the Pilots Union protested the measure and said that it forces “new conditions of employment and threatens termination”. What was a minor temporary event for other carriers devastated Southwest Airlines because our operation has become brittle and subject to massive failures under the slightest pressure,” said Casey Murray, president of the Southwest Airlines Pilots Association. “Our pilots are tired and frustrated because our operation is running on empty due to a lack of support from the company.”
The situation now unfolding in our airports is also happening in pretty much every industry in America. In fact, the worker shortage plaguing our airlines is just a fraction of the overall picture. Nationwide, we’re facing the most devastating labor shortage ever recorded. Our supply chains are falling apart due to the lack of personnel. Hospitals, schools, grocery shops – you name it, they’re all incredibly short-staffed, and we just started to see the effects of these mandates. As workers are forced out of their jobs, more and more sectors become overwhelmed and our economy starts to slide back into recession again.
If millions of qualified workers are pushed out of their posts because of the mandate in the weeks and months ahead, we can expect unprecedented chaos all across the country. A weekend of canceled flights can be very inconvenient, but it is nothing compared to the complete and utter nightmare our society will be facing if workers start to walk away from their jobs en masse. Of course, it isn’t just the airline sector that is crumbling. Our entire economic infrastructure is falling to pieces, and experts are warning that things will continue to break down in the coming months. 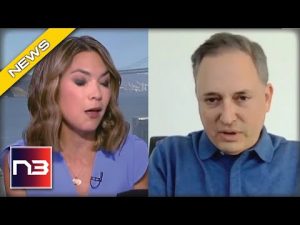 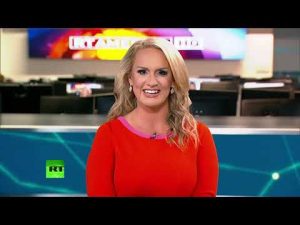 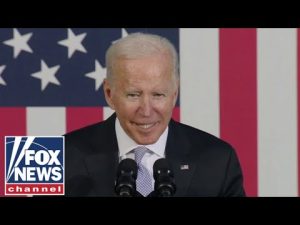