Panic At Sea: Over 100,000 Sailors Stuck On Abandoned Cargo Ships Without Pay Or Food

Our supply chains are breaking down on a very basic level. While there’s a widespread shortage of goods and many products are not arriving where they need to be when they need to be there, a shortage of workers is spreading across every corner of the industry and global leaders are now being warned if conditions do not improve the world’s ocean transport system is going to collapse.
Hundreds of thousands of sailors have left their jobs since the onset of the health crisis due to chronic underpayment, lack of assistance, and exceedingly long work hours. To make things worse, many were unable to enter their countries and come back home after having finished their contracts simply because they haven’t been vaccinated, in what was known as the crew change crisis.
Now, thousands of sailors are currently stranded at immense cargo ships, living in the worse possible conditions you can imagine. They have been forgotten by their leaders, their country, and their employers. The UN calls it a humanitarian crisis. And according to a new dossier published by the Wall Street Journal, the problem hasn’t started over the past year and a half, but almost a decade ago.
The global trade disruptions that erupted as a result of the sanitary outbreak only aggravated the problem. Trillions in government stimulus have contributed to an unprecedented spike in consumer demand, but our stressed supply chains and millions of supply chain workers simply cannot handle the gigantic volume of goods arriving every day anymore. They’re reaching their breaking point. However, long before the virus spread all over the planet, shipping companies were already overwhelming these workers whose labor is essential to global trade but whose faces remain invisible.
Over the past decade, an increasing number of carriers have abandoned their own vessels due to mounting debts, including older vessels considered too costly to repair, and that has caused a devastating rise in the number of crewmembers simply being abandoned at sea, often left without resources to survive as they await pay for the work they have done, but most times, it never comes.
In the investigative report, The Wall Street Journal described the shocking reality of thousands of crew members that were left adrift after companies abandoned, sold, or transferred vessels, or simply couldn’t pay their debts.
These workers struggle to find food, water, and other essential resources even while moored close to resort locations in places such as Dubai – or in some cases, while stuck at Black Sea ports. “The $14 trillion shipping industry, responsible for 90% of world trade, has left in its wake what appears to be a record number of cargo-ship castaways,” the report highlights. “Abandonment cases are counted when shipowners fail to pay crews two or more months in wages or don’t cover the cost to send crew members home, according to the International Maritime Organization, a United Nations agency.”
The UN revealed that the number of abandoned sailors has doubled in 2020, and it will probably grow once again in 2021 as hundreds of thousands cannot reenter their countries due to the lack of vaccination. The exact number of international crew members that are currently abandoned is still unknown because many of them are still reluctant to come forward for fear of not getting hired by other freight companies. Only last month, the industry labor union, International Transport Workers’ Federation, reported that over 1,000 more sailors were left adrift. But according to the WSJ, the total number of those left aboard container ships and bulk carriers whose transport operations have been halted is in the range of the hundreds of thousands.
Abandoned sailors often describe the ships as a “prison” in which they have been forced to work for years without any compensation. Recently, some of the world’s biggest shipping and transport organizations urged for help from the UN, arguing the supply chain crisis may escalate to a whole new level if governments fail to send aid to sailors and other supply chain workers in time, an act that could lead to the total collapse of the global transport system, they warned. In addition to the devastating impact this crisis is having on the lives of hundreds of thousands of stranded maritime workers, millions of people all over the planet can also be affected by the consequences of this situation as the supply chain crisis intensifies and pushes the price of everything to new record highs. That’s why you should start preparing for the turbulence ahead while you still can because the time is almost up.

Revenue from new taxes will fall short of $3.5 trillion 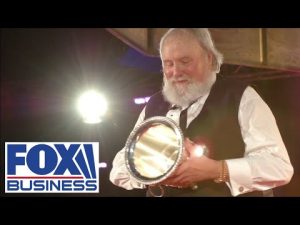 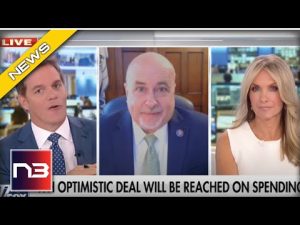 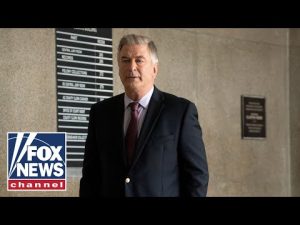