President Donald Trump could catch a murderer and toss him in prison, and Democrats would complain he was being unjust.

Sponsored: How to tell if you’re a direct descendant of Adam (hint: look at your right pinky finger)

Not at all: That’s EXACTLY what happened over the past week!

House Minority Leader Nancy Pelosi slammed a federal law enforcement move to round up some of the worst-of-the-worst convicts – including sex perverts, drug traffickers and literal killers – as “a shocking abuse of law enforcement power.”

That’s right. According to Pelosi, locking up criminals is now an abuse of power.

And she didn’t stop there.

Sponsored: Do NOT take anything else for your blood pressure until you watch THIS (shocking)

“President Trump decided to terrorize innocent immigrant families in the Bay Area with his unjust and cruel raids,” she said.

Yes, it’s the “I” word. Once the word “immigrant” is used, no crime is too brutal to be ignored by Pelosi and the rest of the extreme left.

Instead of applauding the Immigration and Customs Enforcement agents for risking their lives as they arrested 232 people – including violent offenders – she slammed these brave men and women as “cowards.”

“The people of the San Francisco Bay Area will continue to oppose these cowardly attacks, and we will remain open to the patriotic immigrants who are the constant reinvigoration of America,” she said.

She may have a twisted point there as the leftist politicians of the Bay Area are certainly opposing all attempts to protect their hard-working constituents from career criminals.

In Oakland, Mayor Libby Schaaf even tweeted out a warning over the raids, a move ICE said allowed around 800 others sought by the agency to escape.

“What she did is no better than a gang lookout yelling ‘police’ when a police cruiser comes in the neighborhood, except she did it to a whole community,” acting ICE director Thomas Homan fumed on Fox News. “This is beyond the pale.”

ICE confirmed that efforts by Pelosi, Schaaf and others is making their jobs harder and putting people in danger.

Only Old School Christians Will Love This [sponsored]

“Ultimately, efforts by local politicians have shielded removable criminal aliens from immigration enforcement and created another magnet for more illegal immigration, all at the expense of the safety and security of the very people it purports to protect,” ICE said in a statement.

After all, these aren’t jaywalking busts.

Of the 232 arrested in the California raids, 180 had criminal histories and were either ordered out of the country and never left, or were shipped home but came right back.

ICE said 115 “had prior felony convictions for serious or violent offenses, such as child sex crimes, weapons charges, and assault, or had past convictions for significant or multiple misdemeanors.”

By any normal and decent standard, an operation to sweep in and take hundreds of violent criminals off the street would be considered a rousing success.

This isn’t a Democratic or Republican issue. It’s a common-sense safety issue.

But common sense takes a back seat when Trump is involved. He can take criminals off the street and boot convicts who were already ordered deported out of the country and they won’t give him credit.

Let’s see what sad excuses they come up with next when he disarms North Korea without firing a shot.

The post Nancy Pelosi makes most INSANE Trump claim yet appeared first on The Horn News.

Judge Jeanine on Alec Baldwin ‘Rust’ shooting: ‘If the gun was broken, why did it work?’

Here’s what went wrong in America’s withdrawal from Afghanistan 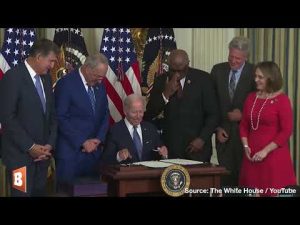 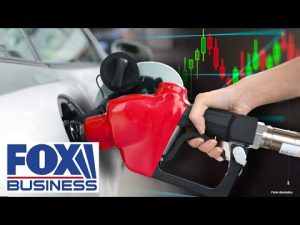 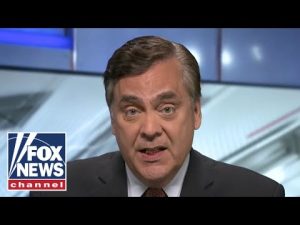