A key player in Special Counsel Robert Mueller’s Russia investigation admits that it is a “witch hunt” that should have been shut down long ago – and according to Fox News’ Judge Andrew Napolitano, it proves that Trump is innocent.

The special counsel’s legal inquest is spiraling out of control as Mueller searches desperately for something that will let him put the president away – and he thinks a drunk, disgruntled ex-employee has the answer.

Former Trump campaign political adviser Sam Nunberg had a humiliating meltdown on every news network that would point a camera at him he was subpoenaed by Mueller – but he aired a lot of dirty laundry along the way.

President Donald Trump fired Nunberg twice – and Nunberg holds a deep grudge over it – but, surprisingly he also believes that Trump is being unfairly targeted by Mueller.

Last week he called Trump an “idiot” and said no one hates the president “more than me.”

“I’m not a fan of Donald Trump. … He screwed us over during the campaign.” Nunberg told Katy Tur on MSNBC.

But what does he think about the Mueller probe against Trump?

That’s why he refused to go along with the charade, even if it meant jail time. He threw down the gauntlet to Mueller. “Let him arrest me,” Nunberg told The Washington Post last week.

But with a choice between the witness stand or a jail cell, Nunberg stepped right up.

Bright and early Friday morning, Nunberg walked in the front door of a federal courthouse to testify before the grand jury, flanked by his lawyer, Patrick Brackley.

The government played good-cop, bad-cop, according to Nunberg – offering him either a prison sentence or complete “immunity.”

That deal proves that Nunberg — not Trump — is guilty of some crime, according to Napolitano.

“If Mueller did offer Nunberg immunity, it can only mean that Mueller desperately needs Nunberg’s testimony,” said a Fox News legal expert, “and that Nunberg has some criminal exposure.”

Evidently Mueller doesn’t care that his charges may be based on the word of a criminal.

This superfood is not what you think [sponsored]

At one point, CNN’s Erin Burnett leaned over and told Nunberg to his face, “I have smelled alcohol on your breath.”

He denied that he had ingested anything “besides my meds, anti-depressants.”

But his best friends didn’t buy Nunberg’s claims of sobriety. “There’s something, and drinking I believe is a big part of it,” said Nunberg’s friend, Fox Business talking head Charlie Gasparino.

Nunberg realized his secret was out and announced later in the week that would go to rehab – but not until after his grand jury testimony.

He may have gone to the witness stand drunk last Friday. Mueller knew it, and that was fine with him as long as it helped him get at the president.

In fact, Napolitano said the testimony proves that the Mueller’s kangaroo court is only ramping up its efforts to take out Trump. Mueller’s attorneys are pursuing three separate lines of attack to impeach the president, the judge said.

“One seeks to determine whether the Trump campaign received ‘anything of value’ from any foreign national or foreign government, and whether Trump personally approved of it – a felony,” Napolitano said.

But it turned out to be a total fraud. Mueller had subpoenaed Establishment hack Paul Manafort for that, not Trump or his family.

Another investigation tried to blame the president for personally trying “to obstruct the work of the Mueller grand juries by firing then-FBI Director James Comey for a corrupt reason,” which is also a felony.

But it was one of Trump’s enemies, Deputy Attorney General Rod Rosenstein, who recommended firing Comey over his mishandling of twice-failed democratic presidential candidate Hillary Clinton’s homebrew e-mail server.

Mueller’s last fallback trap for the president is trying to prove that Trump “misused or misrepresented corporate funds or bank loans in his pre-presidential life – another felony,” Napolitano wrote.

After Trump threatened to sue Nunberg in 2014, Nunberg responded by accusing Trump of using money from the Trump Organization to fund his presidential campaign. That’s what Mueller wants Nunberg to tell the grand jury – which means he knows all his other legal attacks have been total failures.

So, Mueller put a drunk and known criminal on the witness stand and hoped he’d say something that would trap the president.

Basing an impeachment and possible criminal indictment on the testimony of a mentally unstable man with a drinking problem who admits he broke the law has got to be a new low.

And it should tell everyone how phony this whole travesty is. 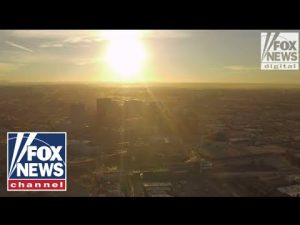 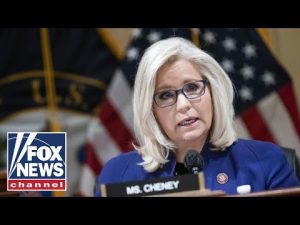 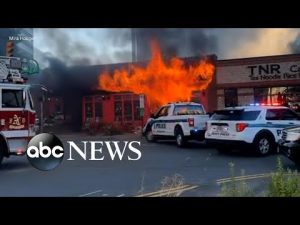