Recent evidence shows the Chinese government is getting ready to launch the first Central Bank Digital Currency backed on gold, threatening to put an end to the dollar’s reign as the world’s reserve currency and triggering a global banking crisis during that process. Since 2018, global market specialists have been arguing that China had started to secretly turn to hard money in order to strengthen the status of its currency, and the latest data release is exposing that they were right. The debates begun after the Chinese introduced a gold-backed, yuan-denominated oil futures contract in that year. Although such contracts were priced in yuan, they were convertible to gold, which sparked discussions about the prospect that “the rise of the petroyuan could be the death blow for the dollar.”
The U.S. dollar is facing a number of challenges, particularly due to the fast expansion of the money supply over the past year and the growing national debt. A couple of weeks ago, the IMF reported that the global share of US-dollar-denominated exchange reserves had fallen to 59.0% in the fourth quarter, matching the 25-year low of 1995. Meanwhile, China has rapidly advanced in financial matters over the past 12 months, and just last week, it has finally implemented a Digital Yuan, becoming the major economy to unleash a Central Bank Digital Currency.
Moreover, just yesterday, a Reuters report confirmed that the Chinese government has given permission to domestic and international banks to import large amounts of gold into the country. Traditionally, the People’s Bank of China (PBOC), the nation’s central bank, is the agency that regulates how much gold enters the country through a system of quotas given to commercial banks. The bank typically allows enough metal in to satisfy local demand but, oftentimes, it restricts the flow. However, the report revealed that during the past few weeks, it has given permission for large amounts of bullion to enter.
All that seems to be setting the stage for the Chinese to launch a gold-backed digital yuan, putting all major fiat currencies at risk, but especially threatening the U.S. dollar leading position as the world’s reserve currency. That’s according to the forecast of the founder of Heisenberg Capital and pioneer investor in cryptocurrencies, Max Keiser, who said the recent evidence signals the new Chinese digital currency is going to be backed by gold. Keiser also predicts that the PBoC will soon declare that it has 20,000 tons of gold, and this enormous amount will serve as a reserve backing for the new digital currency. The plan isn’t to convert digital yuans into gold. China will use gold reserves in the vaults of its central bank to bolster confidence in the digital currency in circulation. Last year, GoldMoney’s Alasdair Macleod wrote an article pointing out that the best way for the eastern superpower to escape the fate of a dollar collapse is by tying the yuan to gold.
Even though the country has enough resources to push the dollar to a devastating collapse, the financial analyst argues that it is not in China’s best interest to be the driver of such a catastrophe, particularly because it owns roughly $3.4 trillion dollars. The Chinese government will call out for the Federal Reserve to control the dollar collapse in the foreign exchanges. However, that’s exactly where the real problem lies. The Federal Reserve will be tempted to solve the situation with more inflationary policies. That’s why the expert anticipates that a global banking crisis is embedded in this script, having critical effects on all fiat currencies, “since international banking is overwhelmingly a dollar affair,” he says, and as a result, that would compromise its position as the reserve currency.
Macleod argues that “it is clearly not in China’s current geopolitical interest to introduce a gold standard that undermines the dollar. For this reason, China will only do so once it is clear that the dollar is in the early stages of an unavoidable inflationary collapse, and the risk of the yuan going down with it must be urgently addressed”. The Chinese government must be seen by the rest of the world trying to protect its own interests by returning to sound money and not deliberately crushing the dollar.
In short, it seems that the dollar reign has its days counted. A gold-backed digital yuan is the beginning of the end. At this point, it all depends on how the federal government’s and policymakers’ agenda will handle the debt trap of rising interest rates and the explosive hyperinflationary spike that looms. Nothing lasts forever, and right now we’re entering a stage that might set the end game for the United States as the global leading economic power. 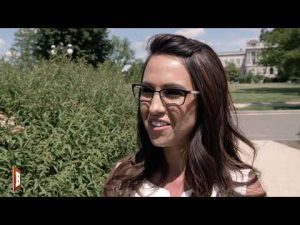 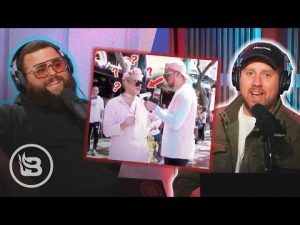 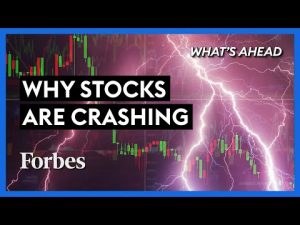