A financial disaster is now underway in China: Its trillion-dollar real estate market is on the verge of a catastrophic crash as the Evergrande crisis intensifies and sends shockwaves to global markets. The Chinese property market has been scrambling ever since Beijing launched new policies tightening financial conditions and imposing new strict regulations in an attempt to tackle its housing affordability crisis. But that resulted in a significant contraction over the past year, and left some property giants, including Evergrande, struggling to adapt to the new measures.
The Evergrande collapse only added fuel to the fire, and at this point, it doesn’t even matter how it plays out – whether it sparks an uncontrolled, chaotic default and distressed asset sale liquidation, a controlled restructuring where bondholders won’t face acute financial losses, or with Beijing bailing out one of the foundations of China’s housing market – because by now its downfall has already triggered a cascade of systemic failures that may not only end up in a major default crisis but compromise China’s economic growth.
As Goldman explained in a recent note, a default contagion stemming from the Evergrande crisis and the ongoing turmoil sweeping across China’s heavily indebted property sector will not only impact the banks — which are all state-owned entities and whose exposure to insolvent developers will require an extraordinary amount of liquidity — but the property sector itself. According to Goldman’s estimates, the sector alone is worth $62 trillion, which makes it the world’s largest asset class, and it contributes a staggering 30% of Chinese GDP (compared to 6.2% in the US) and accounts for 62% of household wealth.
However, as Goldman has recently noted, China doesn’t need Evergrande to officially trigger a property market crisis: one is already here. In September, the bank projected three scenarios for China’s housing sector — a base case, a severe scenario, and a third “hard landing” scenario. This week, Goldman strategists suggested that the worst-case scenario has started to unfold. “In the third and most bearish scenario, land sales and housing starts fall 30% and property sales, house prices, and completions drop 10% from 2021 to 2022,” the bank’s strategists wrote, adding that in this scenario, at least 4% of China’s 2022 GDP would be wiped out, leading to “a full-year contraction at the second-largest economy in the world, an outcome that would have catastrophic implications for the rest of the world,” according to Goldman. The bank’s warning that this scenario would result in even tighter financial conditions means that the Evergrande default contagion would spark a ripple effect in global markets and economies, and it would set off a massive wave of bankruptcies by the end of the year.
A recent report released by Shanghai Securities News, citing China Real Estate Information Corp., has shown that Goldman’s predictions were actually right, and a disastrous collapse has begun in the Chinese property sector. The report found that more than 90% of China’s top 100 property developers’ sales declined by an average of 36% last month compared to the same period last year, deepening a downward spiral that started in July. While Beijing, Shenzhen, and Guangzhou saw transaction volume of residential properties drop by 30% y/y, Shanghai declined by 45%.
These are absolutely terrifying numbers, much scarier than Goldman’s “worst-case scenario”. To make things worse, this collapse has started before Evergrande even hinted that it could default its giant debt, which means that China’s property market is headed to a glacial freeze that will likely end in firesales as the developer gets liquidated. In case they end up being left out of the market and unable to rollover coming maturities, and operating cash flow continues to dry up, the only alternative is the feared liquidation firesale, now seen as the pin that will burst China’s housing bubble.
Since the eruption of the Evergrande crisis, experts have been comparing the property developer’s woes to the epic collapse of Lehman. But in reality, this default crisis is much more dangerous to the global economy and it is merely the trigger event that could push down the entire Chinese house of cards, something the latest housing data suggest has already begun. China’s enormous real estate sector seems to be rotten to the core. And this isn’t just a “Lehman Brothers moment,” it’s the beginning of a global economic and financial collapse that may change the world as we know it, but while most people still remain unaware of the dangers that lie ahead.

The hidden cost of black hair | The Economist

Alec Baldwin: ‘My heart is broken’

‘The Five’ blast Biden’s behavior at the border 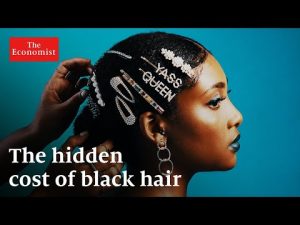 The hidden cost of black hair | The Economist 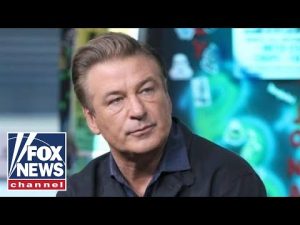 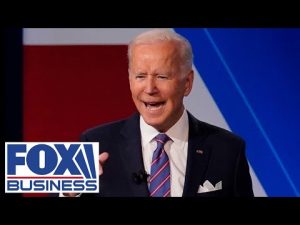