A 48-year market veteran is warning about an imminent 80% stock market crash and he’s stressing that investors should “prepare for more wealth destruction than we’ve ever seen”. In fact, he isn’t alone. According to a recent survey, more than half of all big Wall Street investors are bracing for a significant crash in the coming weeks and months. This is the type of news you won’t see on the mainstream media, which wants us to believe we’re marching towards a prosperous future when, in reality, we’re headed to what may be the greatest financial meltdown in modern history.
Most people are still in denial that a stock market bubble even exists. The bubble is not only here, but already set for a brutal burst, an event some argue that will rival the 1929 Wall Street crash. For that reason, today, we decided to expose the truth. And it is ugly. We’re going to echo the voices of market insiders who have been trying to alert us about the dangers lying ahead.
If we look at the latest numbers, we will see that stocks’ performance is reflecting this cautious outlook. The S&P 500 dropped by about 4.5% since its September 2 peak of 4,536. The decline has sparked questions about whether the market is close to its peak or if it has already peaked. According to the chief macro strategist at Contrarian Macro Advisors, David Hunter, the timidness on Wall Street and among investors right now signals that stocks are about to top out in this bull market.
Hunter, a 48-year market veteran who knows how cycles work and when threats are emerging, says that the S&P 500 will go to 5,000 before crashing down. And everything will start to fall apart when the Federal Reserve begins to cut back its balance sheet and taper its asset purchases. The market insider reiterated his call for a steep pullback in stocks: The S&P 500 to drop as much as 80% from its peak, he warns. “We’re going to see more wealth destruction than we’ve ever seen,” Hunter stressed.
The veteran also alerted that this brutal stock market crash is likely to come around the fourth quarter, as inflation will rise beyond the Fed’s expectations and it will cause the central bank to taper more aggressively and more quickly than investors have anticipated. It is hardly surprising at this point that most big bulls on Wall Street are starting to experience a bearish sentiment. Many of them have started selling off their riskiest assets and turning to the exits before the carnage begins. Even big banks, such as Morgan Stanley, have been recently warning their clients about an impending correction and urging them to back off and reposition.
In fact, according to a survey released by insurer Allianz, most US top investors now foresee stocks heading toward a crash, as they fear resurgent virus cases will throw the economy back into recession. Over 1000 investors in the market’s top tier were interviewed and the survey found that a 54% majority say they are “worried that a big market crash is on the horizon”. That rate is the highest of 2021, largely surpassing the 45% of respondents in the previous quarter. Nearly 70% revealed that they believe inflation will hurt Americans’ purchasing power in the next six months. Inflationary pressures are only growing worse in recent weeks, with the core personal consumption expenditures index, a key inflation measure watched by the Federal Reserve, rising to 3.6% last month, the highest rate since May 1991.
The tension is intensifying across financial markets given that October is known as the most volatile month for stocks. Stocks suffered their two worst crashes in U.S. market history in the month of October, and with only seven trade days in, it already looks like we will have another rough fall. Few investors still remember the trauma of the 1987’s Black Monday. Many prefer to reassure themselves that a similar crash couldn’t happen nowadays, given market reforms that were instituted in the wake of the selloff. But they’re only kidding themselves, said Xavier Gabaix, a professor of economics and finance at Harvard who conducted a study that emphasized the growing chance that the stock market will experience a one-day crash as bad as 1987’s Black Monday by the end of this month.
In essence, overbullish sentiment, economic weakness, excessive debt levels, and reckless monetary policies are key ingredients for a disastrous recipe. Today’s stock market is facing dangers much bigger than during previous bubbles. If these expert predictions turn out to be even half-correct, this means that we will be facing a financial apocalypse earlier than most people dare to imagine.

Only the elite of the elite talk like this: David Avella

American History Is Being Transformed Into Woke Fiction | @Stu Does America 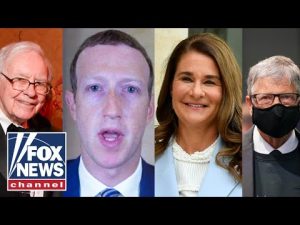 Only the elite of the elite talk like this: David Avella 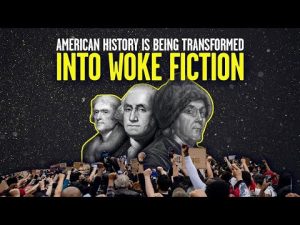 American History Is Being Transformed Into Woke Fiction | @Stu Does America 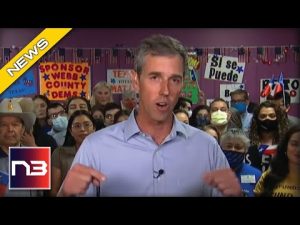